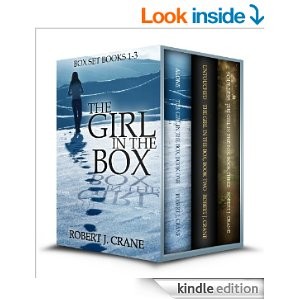 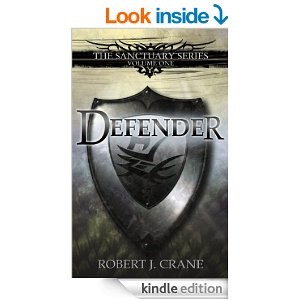 Well, I write three different series in different areas of the fantasy genre. My Sanctuary series is high fantasy, complete with elves and trolls and all that fun stuff. My Southern Watch series is a tale of demons and darkness, set in a southern town that’s in the process of being besieged by evil. Finally, my Girl in the Box series is a contemporary fantasy with a sci-fi-ish edge that deals with beings of incredible power in the modern age.

Honestly, I haven’t had that hard of a time with it. I’ve been making a living as an indie since the fall of 2012 or so, and I don’t tend to do much in terms of active promotion. My strategy is reliant upon getting the first book(s) in my series in the hands of readers and just making sure that once they’ve opened the book, I’ve done everything in my power to make sure they can’t put it down again.

I’m a big advocate of permafree for the first book in a series. That’s all I’ve really ever done, with the exception of a few multi-author box sets. Those have worked decently as well for me.

This is probably going to be pretty boring, but I just make sure I have links in the back of my books. That’s all. I know a lot of people who have given away free books, have giveaways and whatnot, and it seems like that works as well, but I’ve been happy enough with the growth of mine that I haven’t done any of those things.

I do a pretty minimal level of active promotion, so there’s not much I’ve actually tried. The closest thing I can think of is that I tried a book review service a few years ago that matched me up with reviewers in exchange for $50 or so. It was for honest reviews, and netted me my very first one-star, so I guess that wasn’t exactly my finest hour in the promotions department. Still, it wasn’t *that* bad, so I can’t complain too much.

I’ve done it by making sure massive numbers of people have downloaded my freebies. I’m told I’m an aberration in this matter, though, so other ways I’ve heard of include giveaways to book bloggers and Goodreads giveaways.

In my first year publishing, I sold 87 books. What I wish I knew then was that all the sacrifices I made to get things going – all the time I put in, all the things I’d forsaken in the mad rush to build a backlist as quickly as possible – that they were all going to be well worth it. I questioned that more than a few times before things took off.

It’s the cornerstone of my marketing strategy (which I’ve dubbed, “All I Do Is Write” because, well…that’s basically all I spend my time doing). Before I made the first book in my most successful series (Girl in the Box) free, I had sold 42 copies of the first book in the six months after I released it. Since then, I’ve sold over 200,000 books in that series without ever really discounting any of them. For someone like me who doesn’t do blog tours, who rarely does interviews (I think this may be my 5th since starting my career in 2011), who seldom does Bookbub ads (haven’t had one since last October, and that was on my Sanctuary series; my main series hasn’t had a single ad – let alone a blitz since March of last year) permafree, if done right, can carry a LOT of water for you.

I did a fairly huge and comprehensive blog post on this subject at one point on my website when I was overcaffeinated and had a day off, but let me boil it down to its simplest element – write in a series, be unrelentingly interesting in your writing (use cliffhangers and get really sharp with your craft), and get the first book in your series into the hands of as many people as you possibly can. Sometimes it takes a couple series (or more) for a writer to catch on.

The other advice I’d give is more oriented toward people who want to make a full-time living as indies – you need to be prolific. Being prolific and releasing lots of books is probably the closest thing to a silver bullet I could give you. Being a fast writer can overcome a lot of hurdles in your path (provided readers like your writing).

Man, I must be pretty boring compared to the other authors you interview. Here’s my book launch process: Upload, wait for ranking, announce to social media, send mailing list in one giant blast the next day, and goof around with fans on FB and Twitter for shits and giggles while I watch my sales rankings. I did do a giveaway for my last Girl in the Box launch (#9) but it was free copies for people who had been kind enough to review my box set of the first three books, and I think I gave out less than 50, all told. It was my first giveaway, as far as I can recall, other than a couple limited and random paperback giveaways a couple years back.

You have been a part of a number of multi author promotions and boxed sets. How have they worked out for you, and how did you publicize those sets and promotions?

For my part, being in the two multi-author box sets I’ve been lucky enough to join was like a dream come true. I was in with amazingly talented writers like my friends S.M. Reine, Ed Robertson and Daniel Arenson, and indie legends David Dalglish, Scott Nicholson and J.R. Rain, among others. As for promotion, I was also fortunate in that the sets I’ve been part of were managed by the brilliant Phoenix Sullivan, who handled everything except the announcements the authors made to our own social media outlets. So for me they’ve been awesome, and I can easily attribute increases in sales to them.

Ehhh, I do all right on those platforms, but the only one I have any insight on doing better with is Kobo. If you’ve got a permafree book that’s first in series I heard they had a thread on Kboards that was being actively monitored by a higher up at Kobo where you could ask to have your book included in that list. It’s good for some visibility there, and they’ve been very kind to me. As for Apple and BN, I’ve heard Bookbub ads can increase your exposure there, but for me it’s pretty much been permafrees all the way to get me the fairly limited market share I have there.

More of the same introverted, “write first and do everything else never” program that’s gotten me to this point, I assume. I’m pretty predictable, and I lean really hard on the winning strategy of burying my fans in as many books as I can write in as short a time as I can reasonably deliver them. I’m not sure how well that will work for everyone in your audience (lots of different roads to Rome and all that) but for me it’s been an absolute blast. I just hope it keeps going.