Once upon a time a hard-working trucker picked up a pen and started his writing journey. That trucker was Wayne Stinnett and now two years later, he’s become a bestselling author of several action adventure novels. He’s also recently released a non fiction book Blue Collar to No Collar: From Trucker to Bestselling Novelist in Two Years (Self Publishing as a Business Book 1) to share his story and how you too can do it! 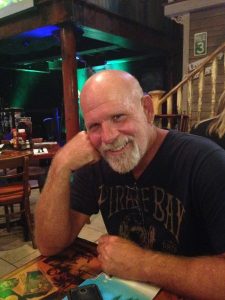 Wayne Stinnett is an American novelist and a Veteran of the United States Marine Corps. He has successfully published ten novels in three years, all Amazon Bestsellers. He’s worked as a deckhand, commercial fisherman, Dive Master, taxi driver, construction manager, and truck driver, among many other things. He lives on one of the Sea Islands of the South Carolina Lowcountry, near Parris Island, with his wife and their youngest daughter. They also have three grown children, five grandchildren, three dogs and a whole flock of parakeets. He grew up in Melbourne, Florida and has also lived in the Florida Keys, the Bahamas, and Cozumel, Mexico. 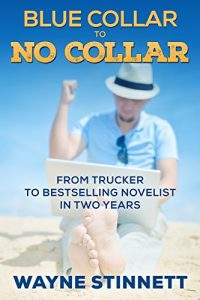 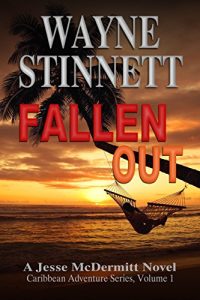 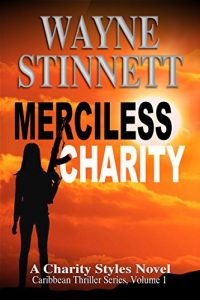 Hey Wayne, have you used the new BookBub New Release feature yet? If you have, what do you think?

Aw. One of these days, Wayne. Us and the oysters.

In "Blue Collar to No Collar", you wrote a bit about how you worked with Dawn Mckenna to improve her career. Can you give a bit more detail about what you/she did to turn her career around? Thx

Good advice. I just finished six books in one series. Now I'm working on a spin off from that series.

I'm stuck in the trap of charging 99c for all my books (when I raise the prices, they stop selling). Any suggestions for getting out of that and charging real money for my work?

If he's pantsing his books, does he ever get real stuck and have to scrap a large portions?

You said that Jesse is Travis--obviously you love Travis McGee. When you created your character, did you consciously plan to appeal to McDonald's fans? If so, how did you decide whether to cling closely to Travis or to branch out with elements original to your work?

Do Y'all have any questions?

So glad to see your success!

Welcome one, all. One, you know who you are.

Robert for the win!

Oh, and hi everyone

Wade is away today and I was going to fill in but I got a migraine that did some really funky shit to my vision. Luckily that's cleared up and the migraine itself is almost gone. You'll have to have fun without me though as I'm quite lifeless and boring atm. Have fun with Chrishaun, Robert and Wayne :)

@David Anson ugh, don't they just. The rippling vision thing doesn't always happen for me but it did today. It was my first symptom and for once I took it seriously.

@BatmanErica Sorry to hear that. I get them too and they SUCK!

@BatmanErica @David Anson When mine get bad I get negative flashes. You know, then it's like looking at the world thought a film negative. First time it happened I was driving home from work and I thought I was having and aneurysm or something.

Hey Chrishaun! Can you email me an invite linke? wayne@waynestinnett.com

@WayneStinnett got you covered and you are live!

Checking and making sure everything is up and running!