Dave Kellett is a creative and indie from another mother–he’s the creator of two very successful and long-running webcomics: Sheldon (since 1998) and Drive (since 2009). We invited him onto the show to discuss world building and character creation for his sci-fi driven comic and passion project that has turned into so much more. We also had time to talk about the digital disruption that comics experienced–it’s eerily similar to what rocked the trad pubbed writing world–and the strange new world that has become the norm.

You don’t have to be a fan of Dave or his comics to appreciate this special mini episode. He is a font of information that will benefit any writer.

Dave Kellett is a southern California native. He holds two master’s degrees in the art and history of cartooning: First, at the University of California San Diego; and then at the University of Kent, UK, at its Centre for Cartoon and Caricature Studies, on a full academic scholarship from the Rotary Foundation. After working for Mattel Toys as the head writer and a senior toy designer for 8 years, Dave pursued cartooning full-time in 2007. He is the creator and cartoonist of two webcomic titles, Sheldon and Drive, as well as the author of several printed comic books and co-author of theHarvey-Award-nominated book How To Make Webcomics. 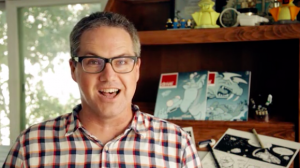 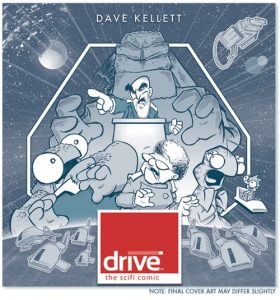 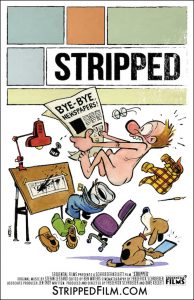