Tonight, Wade Finnegan will be hosting once more. This is something that all of the co-hosts of the show fully support and endorse. We hope that you will join us in encouraging Wade to continue his streak as show runner so the rest of us can goof off. That allows us to focus on trying to think of things that will either make us appear to be witty, charming or funny. Now, if we can just get Wade to take over writing these articles…

We have a ton of news stories for the night. Seriously. If you printed them out and dipped the pages in lead, I’m sure it would weigh at least a ton. See, if Wade would take over writing these posts, you wouldn’t have to endure corny jokes like that.

Recently, books from big name authors have been aggressively discounted. Guess what? A lot of people have been picking up these titles. The discounting has extended beyond just e-books. I’ve picked up a few Audible versions of Stephen King titles from Amazon because of these discounts.

Here’s a bonus article on this that examines how this trend is impacting retailers.

Has this been hurting self-publishers? The data seems to indicate that it has. Sales are down. I know it’s hard to swallow, but people continue to prefer the familiar. They want the brand name and the product that has established a level of trust for them.

How should you respond? Well, that’s the question isn’t it? Traditional publishers offer known authors and marketing budgets that they can bring in to play at any moment. If they (or Amazon) are willing to enter into a price war, then, you need to figure out another way to stand out.

One such way would be to release multiple titles a year. Traditional publishing is an entrenched model. It takes a long time to set those gears in motion. You are, probably, a company of one person. Use that to your advantage. Do what they can not or will not do. Currently, most traditionally published authors only release a single title a year. So, see what you can do to release at least two titles a year.

I also think it’s worth noting that the current price war may not be forever. It might be temporary. Time will tell.

Is Africa the Next Big Market for eBooks?

There is a perfect storm happening in Africa right now. Last year, saw worldwide internet adoption rate rise 566%. Africa was the exception to this statistic. Internet adoption in Africa experienced an astonishing 3606% jump. Cell phone usage has never been higher in the country and continues to climb. In addition, there is a company called WorldReader that is donating thousands and thousands of e-readers to children and people who want to read. Entrepreneurial individuals are setting up digital publishing companies in the areas of romance and crime fiction to ensure that they will be ready for the opportunity.

Now, we just need to get Amazon and the other retailers in there.

A post on the Kindle Boards says the following: “In the process of loading a new title, I now see that Kobo pays 45% for any title below 3.20 US.  For example, if you load a title at 2.99 US dollars and let it auto-price for the UK, you get only a 45% royalty instead of 70%. For Japan, the 45% percent royalties start at 3.03 US dollars.”
Better double-check your Kobo prices.

Facebook wants to be a newspaper. Users want more LOLCats.

Mark Zuckerberg and Chris Cox, Vice President of Product, have a vision for Facebook. The articles says that Mark Zuckerberg envisions a Facebook that is “the best personalized newspaper in the world.” He wants a design-and-content mix that plays up a wide array of “high-quality” stories and photos. Unfortunately, the people who actually use Facebook don’t respond to these type of stories. Instead, they click on articles that were shared from sites like Buzzfeed and UpWorthy or the latest meme.

The Sky is Falling.

Ah, everyone’s favorite pass time. Let’s focus on how everything is horrible and we are all doomed to failure. Can we get David Wright in here to write the reset of this post. Okay, there are a lot of articles on this topic. Some of these are brand new and were not available until earlier today. Here they are:

Digital Book World has done a series of articles to ‘prove’ that there is no money in the self-publishing game. You’re better off going with a traditional approach if you care about actually getting paid for your writing.

The article is divided into three seperate parts. They are linked below:

This series of articles examines the motivations for choosing one path over the other and presents the results of their survey.

Jeremy Greenfield gives his opinions on the data.

Mr. Greenfield spends his time in this article opining on the fact that the only people making money are the traditionally published authors and a few outliers who self-published.

He goes down the list of qualities that Malcolm Gladwell iterated in his book Outliers. Great book, by the way.

Hugh is the first one to really mention some of the problems with the survey put together by Digital Book World. Namely, it’s a self-selecting survey. Their data only reflects the information that was volunteered to them and the survey doesn’t even begin to consider the slush pile… listen to the show tonight, I’ll bring it up during the conversation.

This article does a good job of digging into some of the ideas contained in Hugh’s original article as well as documenting some of the Twitter conversation between Hugh Howey and Jeremy Greenfield.

If you take that traditional deal, will your non-US readers hate you?

It happened to J. Michael Sullivan. He signed a traditional deal with Orbit Books for his immensely popular fantasy series. The series was originally self-published and available world-wide. That changed when he sold the “World English” rights to Orbit. His contract prohibited him from distributing those books to English speaking countries because Orbit owned those rights. The fans did not take this well. The article says: “…Sadly, Michael felt the wrath of a number of angry readers from countries where his self-published books were once available and were now not… Some accused him of “not caring” even, evidently thinking Michael had sold them out…”

The problem has been resolved, but it took quite a long time to work out. So, before you sign away those rights, think about your fans and how they may react. I’m talking to you Eric Guindon. 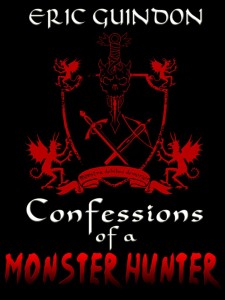