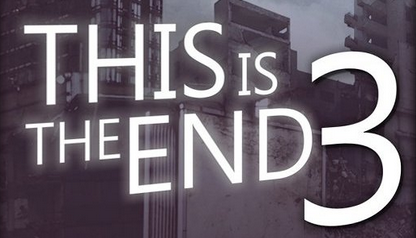 There’s a new epic post apocalyptic box set that has just launched on Amazon. It’s titled “This Is The End 3”

It was put together by former SPRT guest, J Thorn and includes stories by former co-host David Wright, and current and future guests Scott Nicholson and Colin Barnes & Sean Platt.

This is the End includes:

~Chris Wakes Up by David W. Wright and Sean Platt (special edition – not available on Amazon) 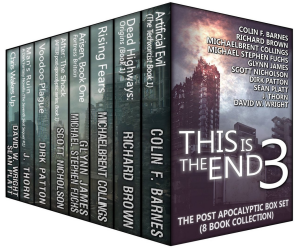 ~After: The Shock (AFTER post-apocalyptic series, Book 1) by Scott Nicholson (3.7 stars on 156 reviews)

The set is just 99c and a pretty good steal if you look at what’s included. I thought I’d share it here with the SPRT community as I know you are all big readers, but also a sharing bunch.

Not personally interested? Maybe you could tell your readers and friends about the box?

Let’s help out our colleagues and the SPRT community as a whole.