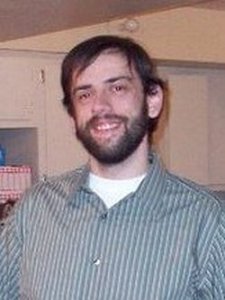 A native of Bayonne, NJ – the fabled birthplace of George R. R. Martin – Joseph Lallo is an unlikely entry into the world of literature. After a childhood spent daydreaming and reading, he fully intended to pursue a career in the tech sector. He received a Master’s Degree in Computer Engineering from NJIT, and subsequently got a job working IT for a large healthcare corporation. Things changed when, in January 2010, his friends finally convinced him to publish the story that had accumulated over the course of a decade of spare time. That story, now known as the Book of Deacon Trilogy, was a surprise hit, and once he got a taste of the world of indie writing, he was hooked. Now he splits his time between crunching numbers at his day job, writing novels at night, and writing articles and reviews for BrainLazy.com, a group blog he helps run. His latest novels are Bypass Gemini and Unstable Prototypes, the first two books of a science fiction series.

We’ll be talking to Joseph about how he managed to keep the sales rolling on his trilogy over the past three years, as well as some interesting merchandising experiments he’s been doing. 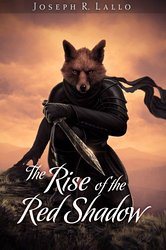 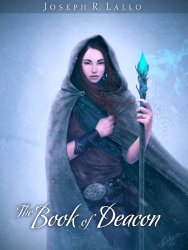 Hey guys, did you know that the podcast hasn't been updating on iTunes? I prefer to listen to the show that way (I love podcasts while I'm working out) but there hasn't been a new SPRT since October 1st! If the podcast doesn't update soon I'll listen on the site--it looks like I've missed some great stuff--but I hope someone can look into that and get it fixed soon!

Thanks so much for the mention, Joseph! Glad I've been able to help you out here and there.

I really enjoyed this episode! The new segment where you speak about new releases is a great addition! Hearing about Trish's release was very informative. And naturally, I enjoyed this week's guest. Something was strange on my browser with the comments so I didn't see many of the other comments. Maybe that's why it was quiet? Thanks for everything.

@PiaSparks Thanks, Pia! Glad you liked it. I had the comments hang for a while too, until I got one in my email box. :(

We're going to close up soon. If you have a question for Jo, please ask! :)

Jo is showing off his plushies. Worth watching to see the dragon. :D

@GoblinWriter My hubby actually has a 3-D printer, or has ordered one from Kickstarter. Another friend of mine has one already! It's crazy! I need to get some stuff made. :-)

Listening! Got here late, will have to start from beginning tomorrow. :-)

It seems stuck on Lindsay now.

Is it still stuck on Lindsay?