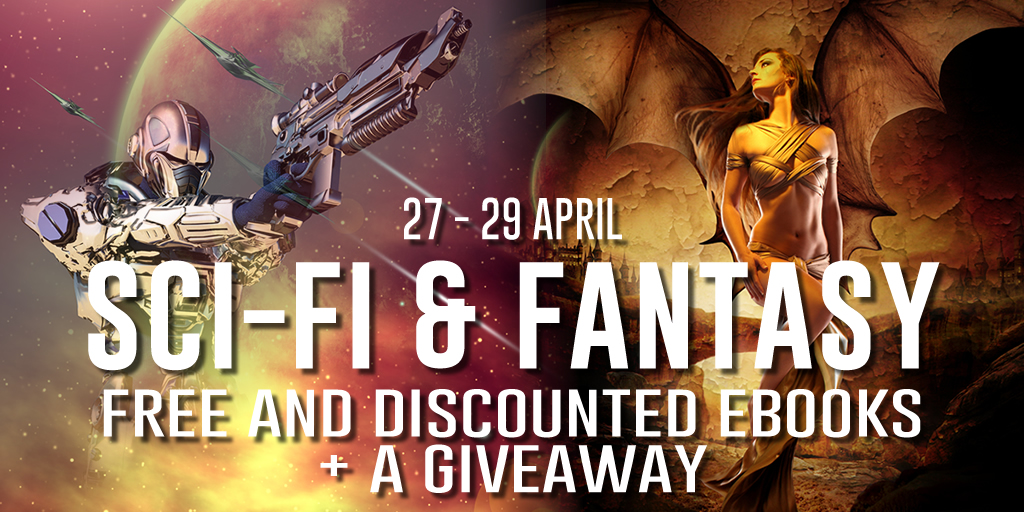 After having Patty Jansen on the show to talk about her multi-author cross promos, we decided to give back to the indie community and our audience by running one ourselves. So, in April we undertook a task that turned out to be even bigger than we could ever imagine!

The initial plan was straight forward:

It didn’t quite work as smoothly as that. The first five on the list weren’t an issue. The first problem turned out to be PayPal though. I tried to upgrade my account and their system didn’t seem to think that was a good idea. We went back and forth for a week trying to sort everything out. Once that issue was fixed we were able to get down to business of looking through the submissions and making sure they adhered to the requirements for the promo. Some didn’t, which was sad but we were looking at this from a prospective reader’s perspective and kept that firmly in mind as we sorted through them.

We (read that to mean Erica) put off setting up the website until several days before the promo. This also turned out to be a mistake. Modifying the website template turned out to be quite a hair-pulling exercise. The site is set up to be responsive but some of the book covers weren’t flowing properly. A fresh set of eyes confirmed what I suspected, the differing sizes of the book covers was pushing the other covers down onto new lines. The solution? Pretty simple one in the end, make all of the book covers the same size. Because everyone uses slightly different cover sizes I chose the most common size and added in white space at the bottom of the covers that were shorter. 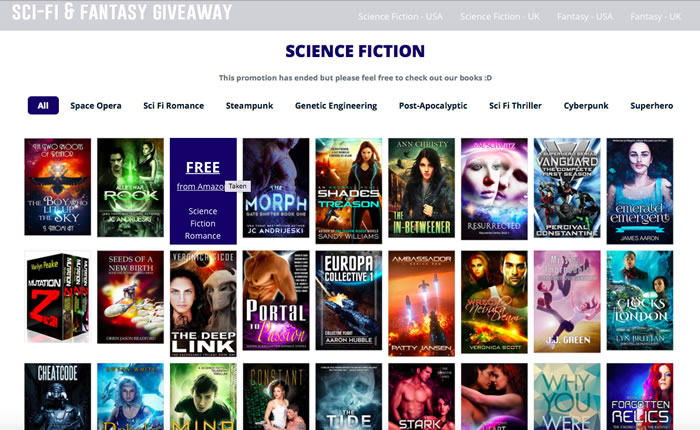 The filtering that’s on the site was the main reason why I wanted to use that template. How awesome is filtering the sub genres to make it easier for a prospective reader to find what they like? But it turned out I couldn’t put Sci Fi and Fantasy on the same page as it wouldn’t let me use two different sets of filters without being problematic. I didn’t want to touch Javascript so the easiest option was to create the separate pages.

I have no idea how many hours I spent on the site but I lost days of my life to it. Thankfully it’s all sorted out now so it’ll be easy to use again next time…

Once the site was sorted and the promo started it was actually pretty easy sailing. As far as we know all of the authors who took part sent the promo to their mailing lists and shared it on social media. Thanks to C. Gockel’s very strong suggestion that all of us share links to our promo posts and tweets so we could all like, share, comment, add cool stickers and help spread the word further. It was really awesome to see everyone working together to ensure the promo was a success 😀

And speaking of promo… After estimating the cost of the prizes and removing that from the US$10 (actually US$9.31 after PayPal took their cut) from all participating authors, we had an advertising budget. Facebook ads were where the majority of the money went. This coupled with the paid banner advertising on sci fi and web comic sites and forums meant we reached potential readers who most likely weren’t already on a participating author’s mailing list. This means new eyeballs on all of our books! Interestingly the click through rate for the banner ads was almost as high as the FB ads. Will definitely use them again. 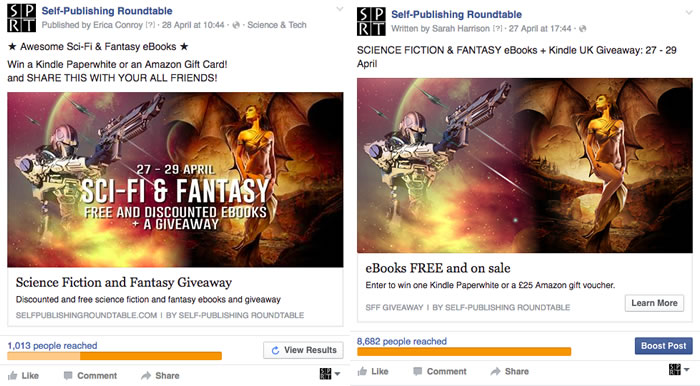 Authors kept a running commentary of their book’s downloads or sales as well as the number of sign ups to their mailing lists. Numbers seemed to range from 95 – 216 sign ups. People seemed to be generally very happy with the response. I don’t think we heard from any of the authors who had selected the other options for the rafflecoptor so I can’t report back on those. If you’re one of those authors then please feel free to share your results in the comments.

Rafflecoptor is awesome! Prior to this promo I’d never used it before but I’ll definitely be using it again. I’m itching to use it again. Rafflecoptors could become a strange addiction, which might also explain why some entrants seemed to believe they had to complete every single thing on the rafflecoptor. We only had one real hiccup with the rafflecoptor and that was one incorrect link to an author’s mailing list. It was an easy fix once it had been pointed out.

I made the executive decision to extend the rafflecoptor a few more hours so that it would end at midnight pacific time just in case there were some Americans jonesing for an ebook or chance to win an ebook related prize on a Friday night. Once the rafflecoptor closed it was a simple matter to randomly select the winners. I had to disqualify a couple though as they hadn’t properly completed the required action, which was a shame. The winners though were ecstatic. I love giving people things so it was quite fun to see their reactions 🙂

As for the UK specific targeting. I honestly don’t know if it was successful but then I’m comparing the UK to the rest of world promo and that’s unfair. The fancy redirect links I used didn’t seem to track clicks accurately so I can’t provide hard results and only speculate. I’m not going to speculate though. If you were a participating author then you have your own results to go by and can decide for yourself if it worked.

So… what would we do differently?

There you have it. The Self-Publishing Roundtable’s first ever multi-author cross promo and giveaway in a nutshell. Thinking of running one yourself? Don’t, not unless you’re crazy 😛

The Self-Publishing Roundtable’s second ever multi-author cross promo and giveaway, that’s what! More information will be announced soon but it will be for ROMANCE and the dates will be 22 – 24 June 2016.